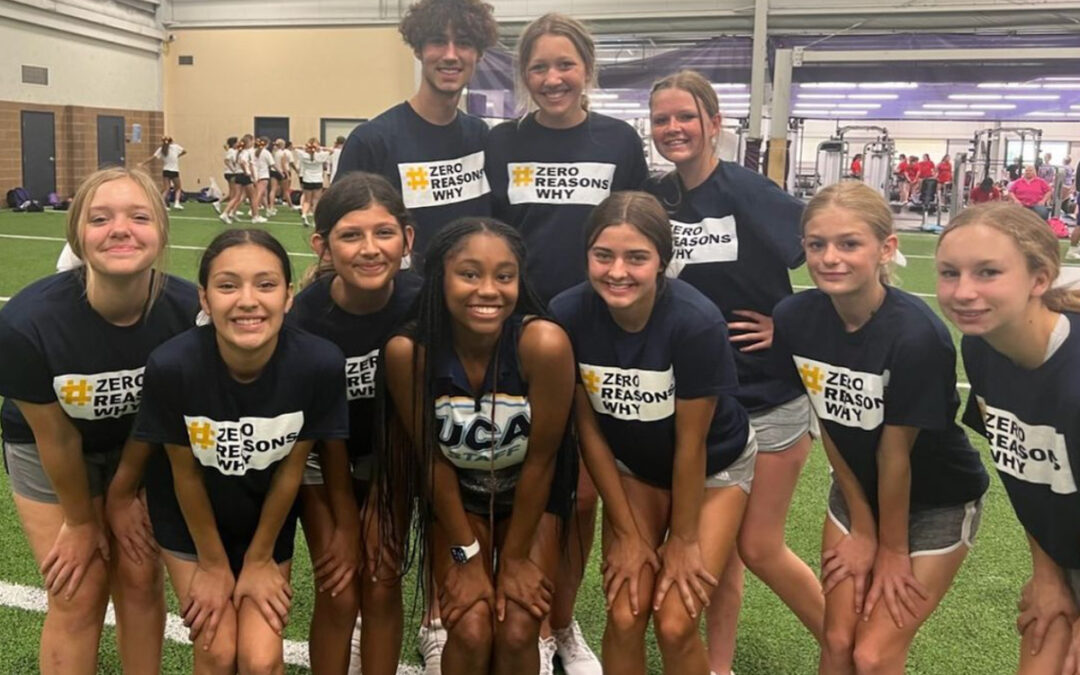 The #ZeroReasonsWhy campaign prioritizes storytelling and elevates teen voices as we work on our three main pillars: remove stigma, commit to education and build community support. As the foundation of the campaign, these goals are specific enough to ensure the campaign maintains its focus while general enough to allow a community to make the campaign their own to address their specific needs, regardless of a community’s size, location or demographics.

The adaptability of this campaign is evident in the Central Kansas chapter of #ZeroReasonsWhy, where a spirit of collaboration and cross-community support has helped the campaign grow in a uniquely organic way. Overseen by The Center for Counseling and Consultation (The Center), located in Great Bend, Kan., the campaign was first introduced to the region by Holly Bowyer, who assumes many roles at the Center, including teen liaison for #ZeroReasonsWhy, and has served for nearly a decade as chair of the Suicide Prevention Task Force.

After hearing a presentation on #ZeroReasonsWhy at a mental health center conference in 2019, Holly knew she wanted to see the campaign implemented in Central Kansas. Julie Kramp, executive director of The Center, recalls the initial enthusiasm they felt. “After learning about the campaign, we thought this is exactly what our community needs,” said Kramp. At the same time, teen involvement in suicide prevention efforts began to increase, including a gathering at the Great Bend courthouse where a group of teens joined to advocate together for suicide prevention. 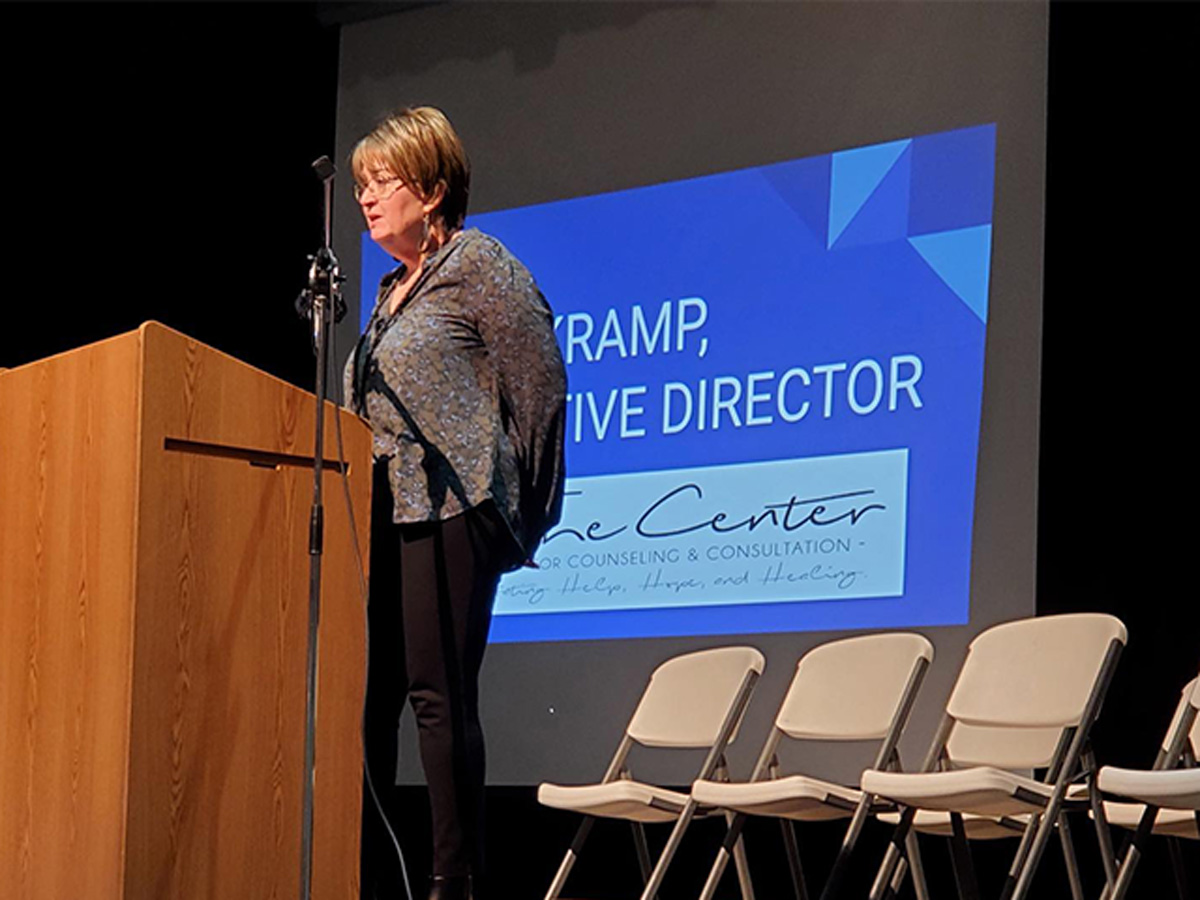 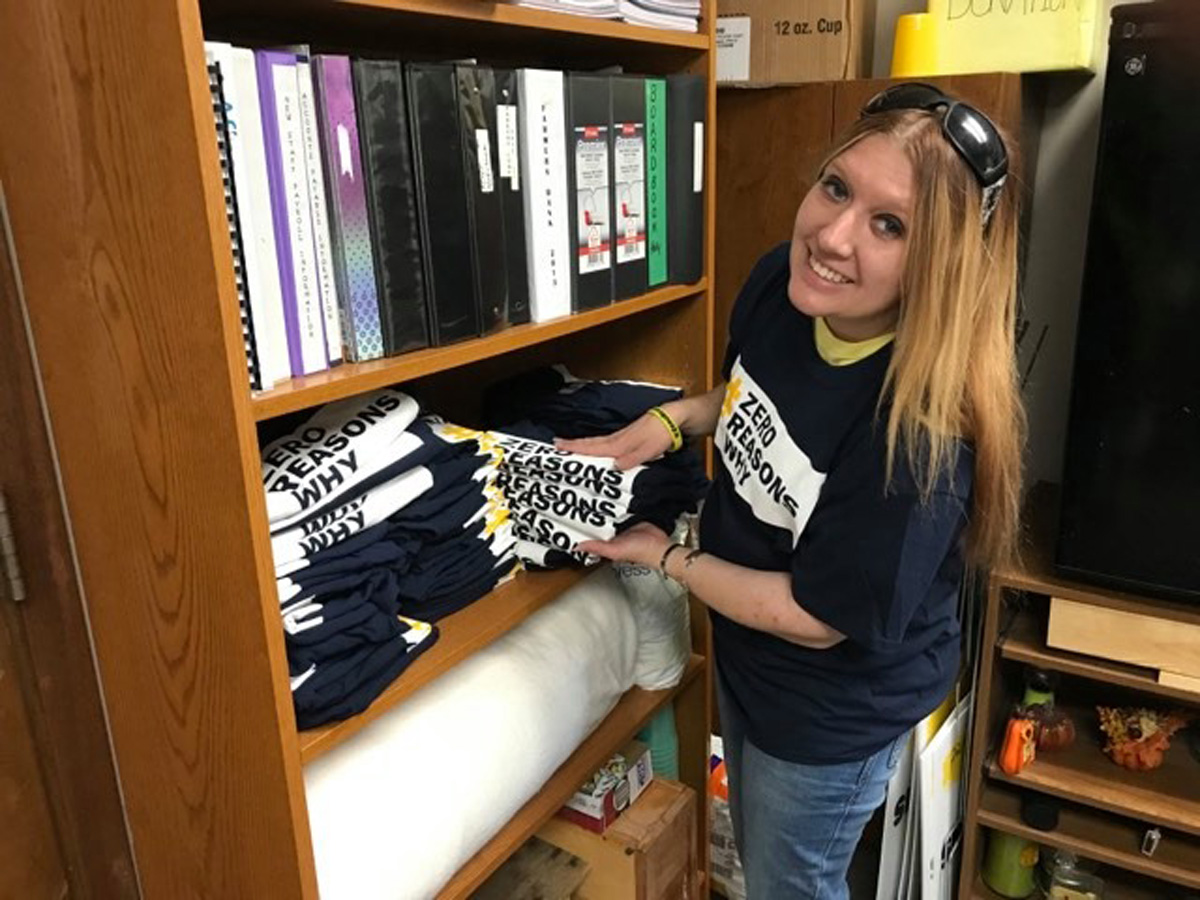 The Central Kansas Partnership – a multi-county organization made up of several entities seeking to promote community wellness – was in search of a youth component for their suicide prevention efforts and Holly shared her interest in seeing the campaign implemented across the counties they serve. “When [#ZeroReasonsWhy] put out that they were wanting to take the campaign outside of Johnson County, we jumped on it,” said Bowyer. The Center began promoting the campaign to surrounding school districts and earned support from all eleven superintendents in the area.

One of the first schools to adopt the campaign in Central Kansas was Hoisington High School, a school of around 200 students. Instructor Jennifer Steinert’s passion for mental wellness and empowering teens compelled her to present the campaign to members of the Future Business Leaders of America group. The response was enthusiastic, with over 20 students signing up. “That was huge,” remembers Steinert. “That just told me we absolutely needed to do this. The teens were passionate about the campaign, and they saw a need for it.” 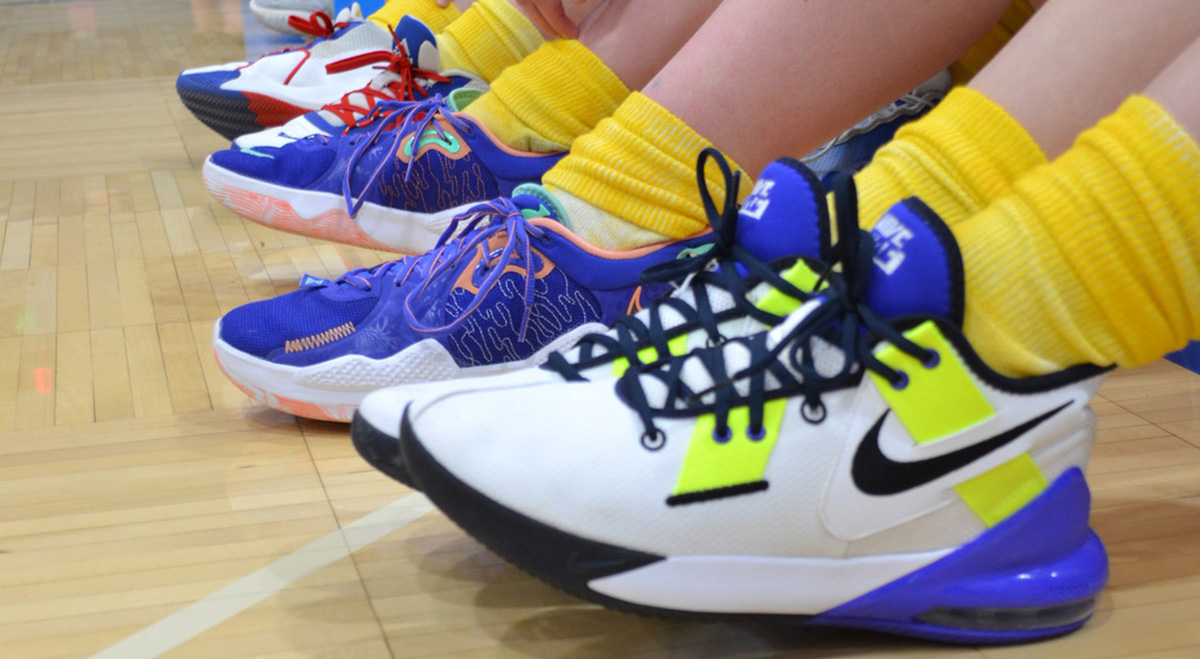 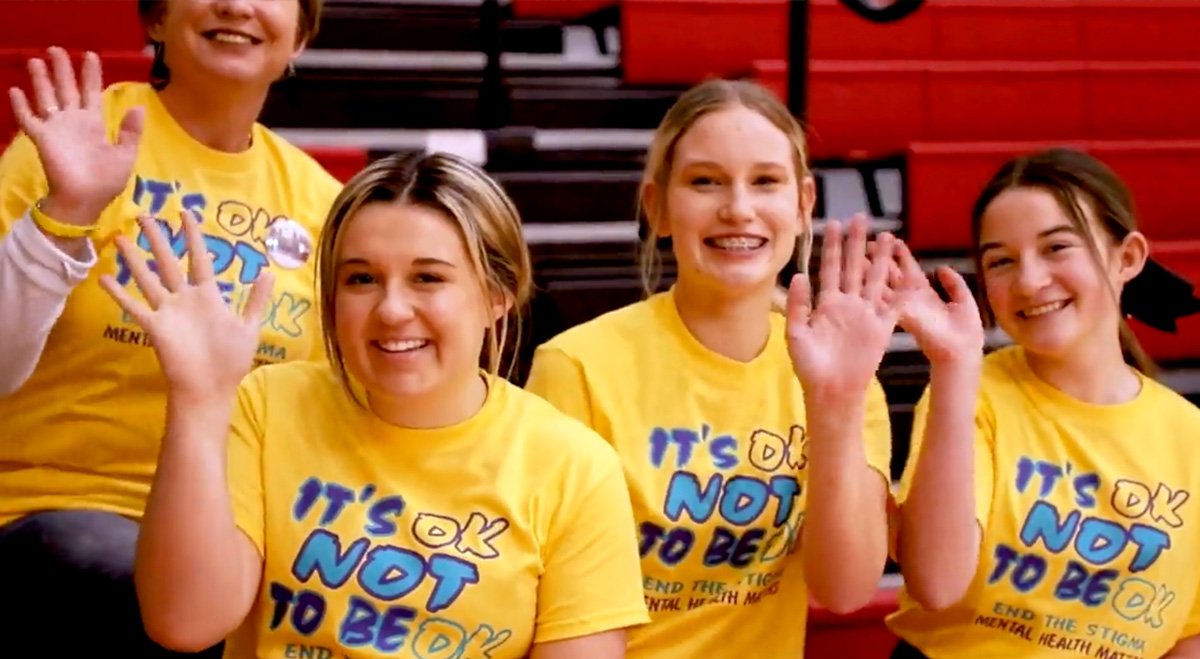 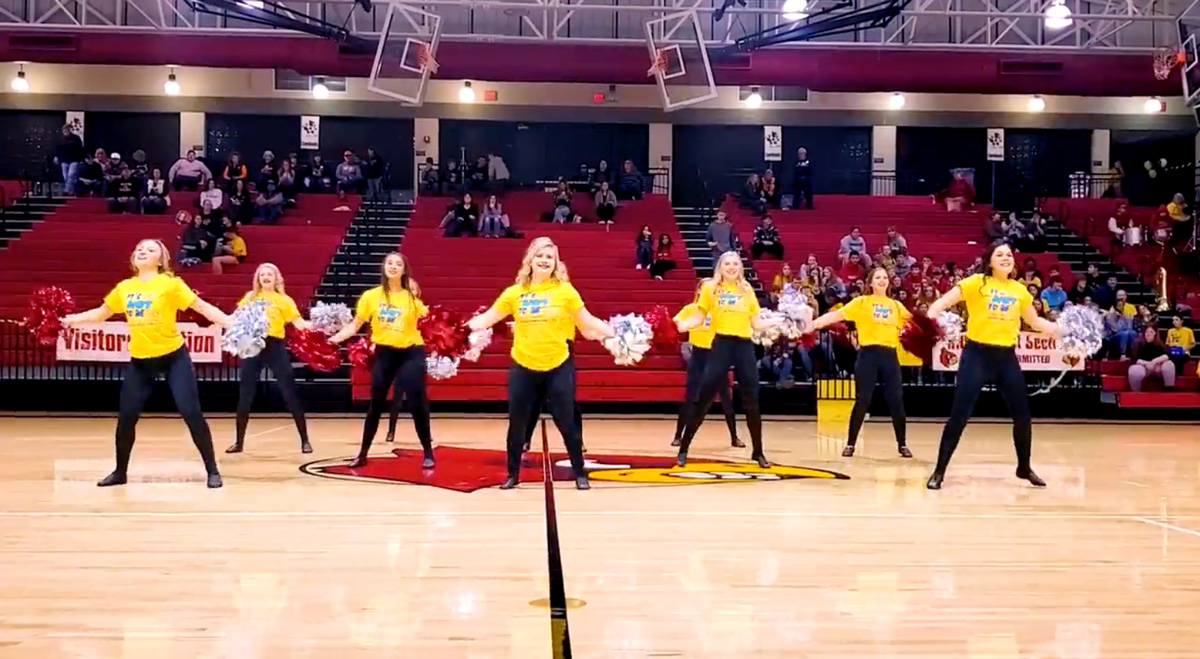 “I was thrilled we were able to bring something like [#ZeroReasonsWhy] to such a small town where there really aren’t a lot of resources,” student Destiny Hughes shared. Hughes and a group of peers began spreading awareness of the campaign in a variety of ways: they held fundraisers, brought mental resources to football games and organized events like “yellow outs” at basketball games, where attendees wore yellow or #ZeroReasonsWhy shirts in support. But perhaps most importantly, they began reaching out to teens at other nearby schools, inviting them to join the movement to remove stigma around mental health.

“I am so proud of these students,” said Steinert. “It has been overwhelming how passionate they are. Give them the voice and let them take ownership. Once they have ownership in something, they become a lot more passionate about it.”

While many towns in Central Kansas are close-knit communities where familiarity facilitates connection and news of something like a teen-led suicide prevention campaign travels quickly, the work still takes investment, intentionality and commitment. The effort of the communities to do just that has brought rapid growth in places like Great Bend, Hoisington and Stafford. Cross-county organizations like The Center for Counseling and Consultation and the Central Kansas Partnership bring the collaboration required to make a campaign like #ZeroReasonsWhy successful. 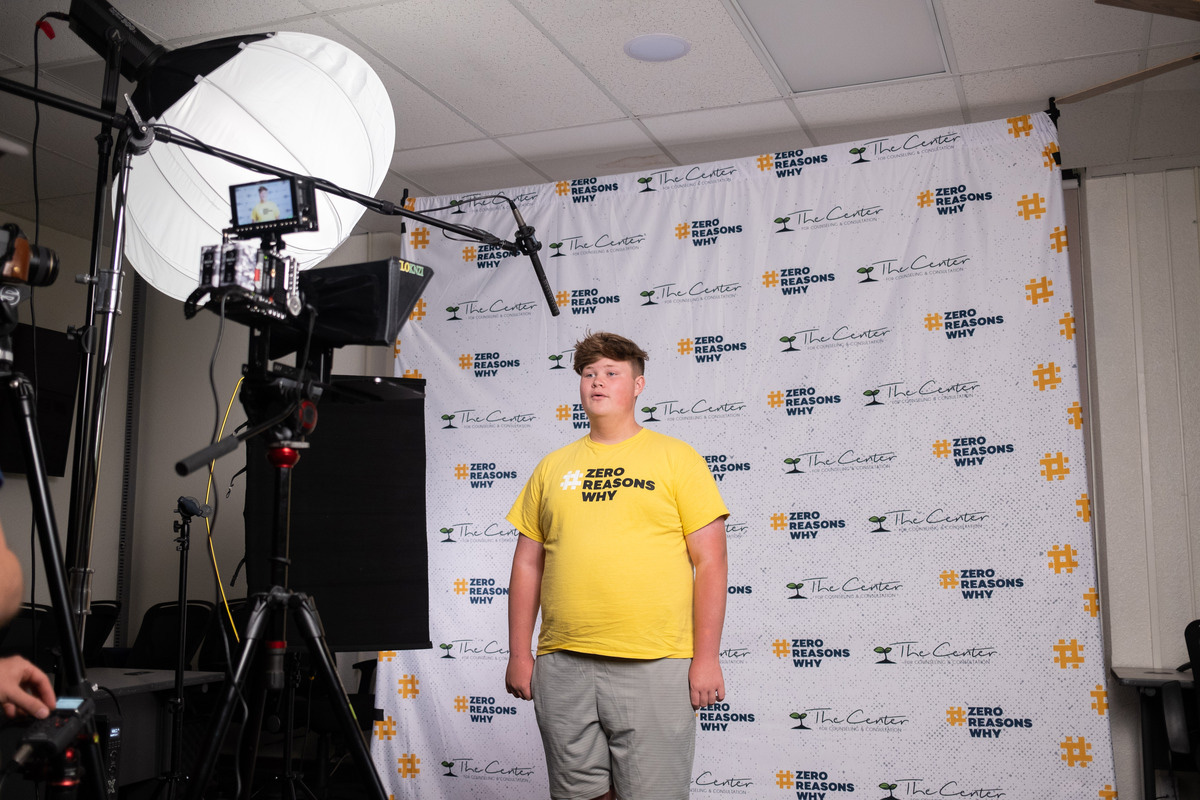 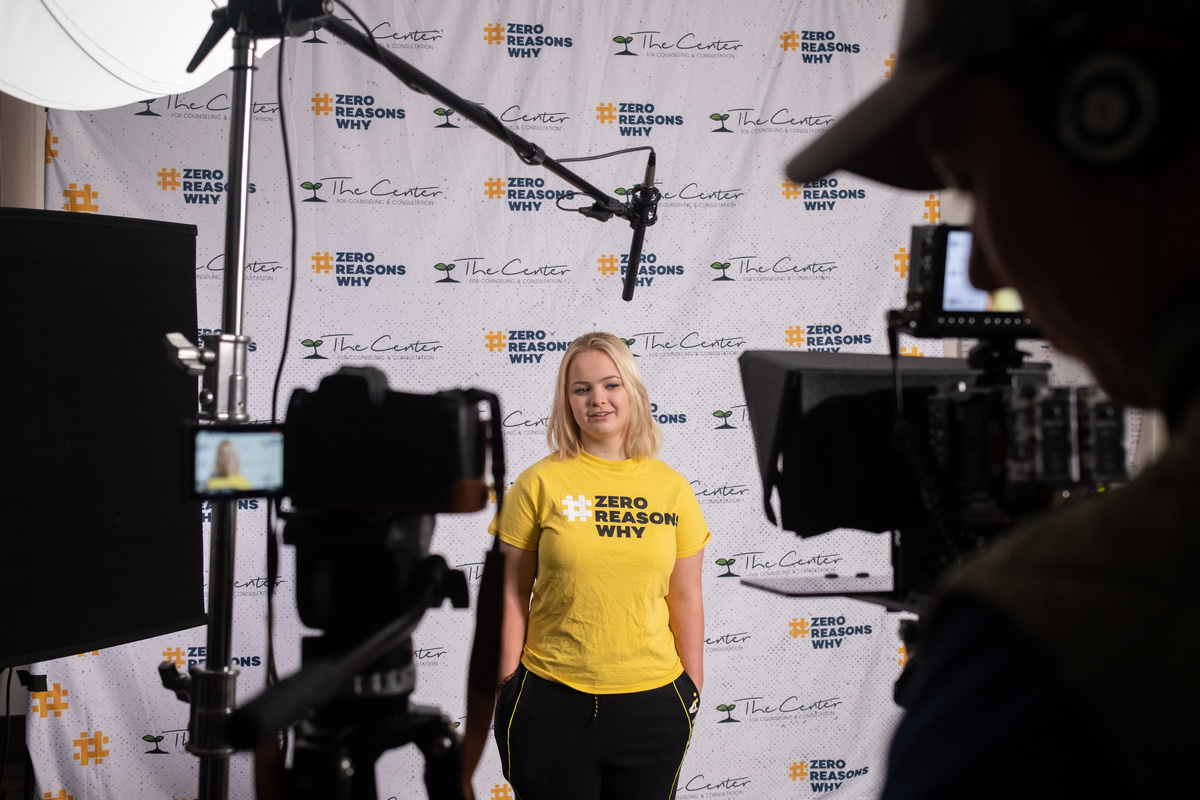 Perhaps the most fundamental reason for the growth in Central Kansas is that the teens are passionate about the campaign and actively supported by the adults around them. Holly Bowyer first displayed the commitment to equipping teens when first introducing the campaign and continues to advocate as the campaign’s teen liaison – and she is not alone.

“I’m just following along as the teens take us where we need to go,” Julie Kramp said. “They are going to have ideas about where the gaps are, what parts are missing, what needs to be different. I think what’s huge in the campaign is learning from those who are most affected by what’s going on, rather than doing what we’ve done that is no longer relevant.”

“[Mental health] stigma is passed down through families and generations,” said Destiny Hughes, Hoisington student. “Without somebody to make that change, to not only inform peers, but the community as well, that won’t change.” Despite the challenge, Destiny is hopeful about the future of the campaign. She wants to see more teens get involved and community involvement and outreach increase.

Ultimately, though, she just wants to help however and whoever she can: “There are always going to be skeptics and people who don’t believe in what you’re doing. But if we’re able to reach just one person, that’s the point.”