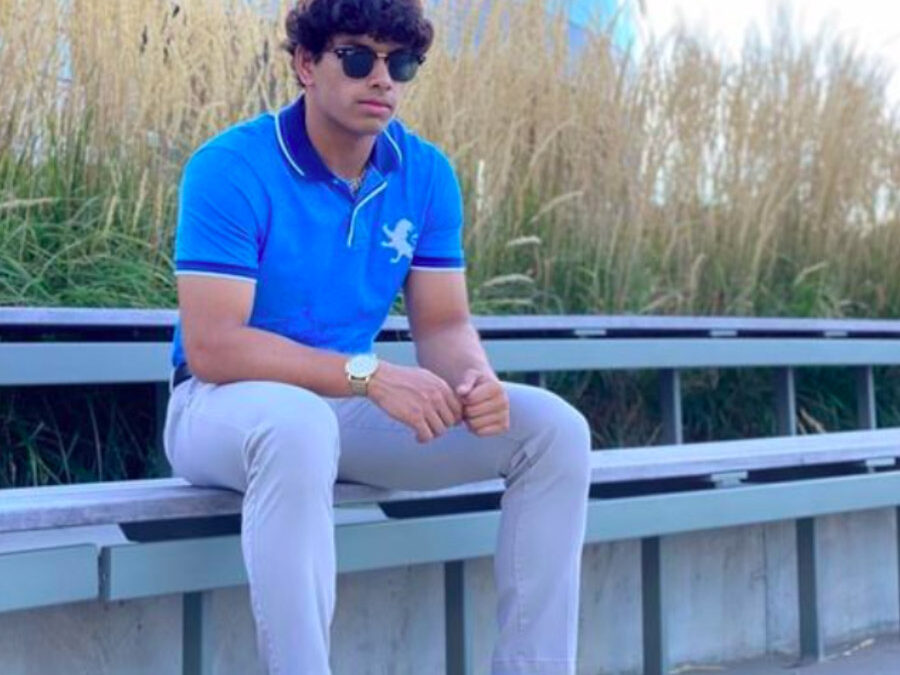 “My older brother and I both were under a lot of pressure and stress, but we told ourselves that we had to toughen up and get through whatever we were going through on our own. My mental health didn’t make a drastic impact on me though until my sophomore year when I tore my ACL, MCL and meniscus during basketball practice. Later, I dealt with the passing of two close friends. It was such a drastic hit to my life and I wasn’t ready for it.  I was in the worst mental shape at this point. I started losing weight, grades were dropping; I lost motivation, confidence and discipline. I felt worthless. My friends tried helping, but I kept isolating myself. I pushed away a lot of people in my life that genuinely cared about me. I tried a rigorous schedule to keep myself occupied from my thoughts because I hoped that by being busy all the time, I wouldn’t have to face the effects of my mental health.  I didn’t start healing until realizing that overworking myself wouldn’t be the solution to my problem. So, I reached out to my older brother for help and he came to my aid, setting me on track to heal.  The stigma I faced was [I thought] I needed to go through my mental battles alone. I see that in other students and athletes. Especially in some athletes who are very known and successful, I see they too have many mental battles they face every day on their own. They feel like they do not need to tell anybody, so no one ever finds out because everyone sees their accomplishments and nothing more.  My advice to ambitious students and athletes or anyone who believes that outworking their emotions will help: reach out and express your emotions to someone you trust. I found other athletes just like me who suffered from their mental health, and by relating with them and talking about it, I genuinely felt a lot better knowing I wasn’t the only one who struggled.”  — Anish