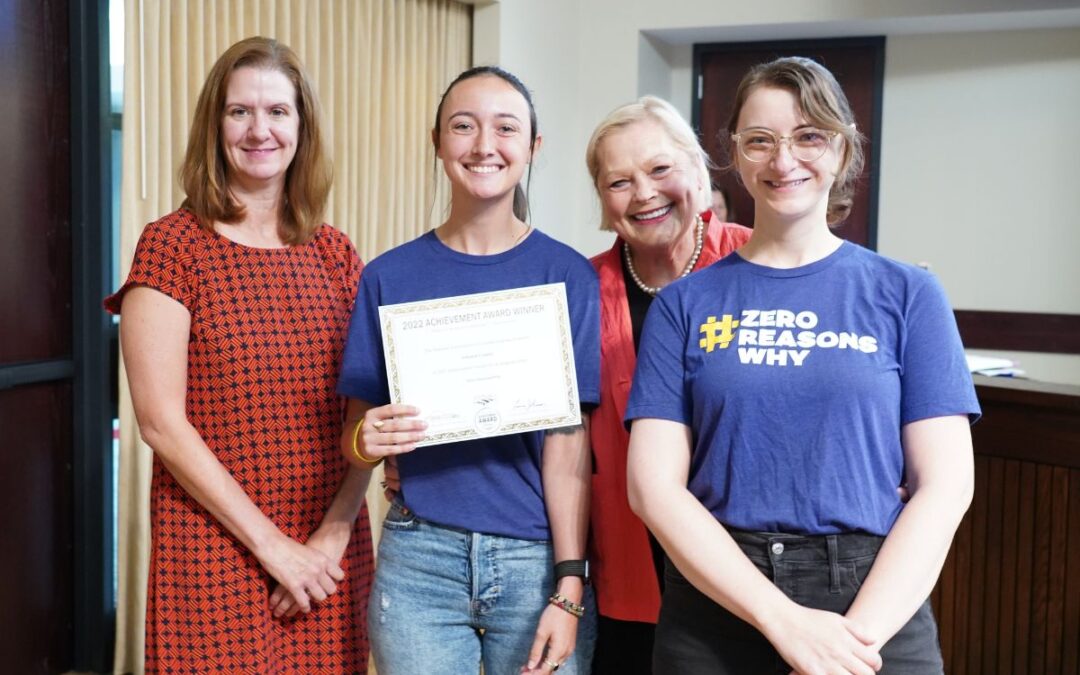 Zero Reasons Why™ and Johnson County Mental Health Center have been recognized with an Achievement Award from the National Association of Counties (NACo). The award was announced at Thursday’s Johnson County Board of County Commissioners meeting.

The campaign began in Johnson County, Kan. in 2018 and has since expanded to multiple chapters led by local teen councils. Zero Reasons Why produces multimedia content and organizes community events to educate and empower teens and community members to act for positive change toward mental wellness.

“We’re proud of the work Zero Reasons Why is doing to share teen voices and stories and build community support for this movement,” said Tim DeWeese, Johnson County Mental Health Center Director. “The awareness they’re raising and conversations they’re having are encouraging their peers to seek help and reducing the number of deaths by suicide in our community.”

The Zero Reasons Why campaign began after teen deaths by suicide in Johnson County nearly doubled through the first six months of 2018. The campaign has grown, and chapters have been formed in other communities, including the Kansas City metropolitan area and seven counties in Kansas.

Since 1970, the National Association of Counties (NACo) has recognized innovative county programs that improve the lives of residents with their annual achievement awards. More information is available on NACo’s website.